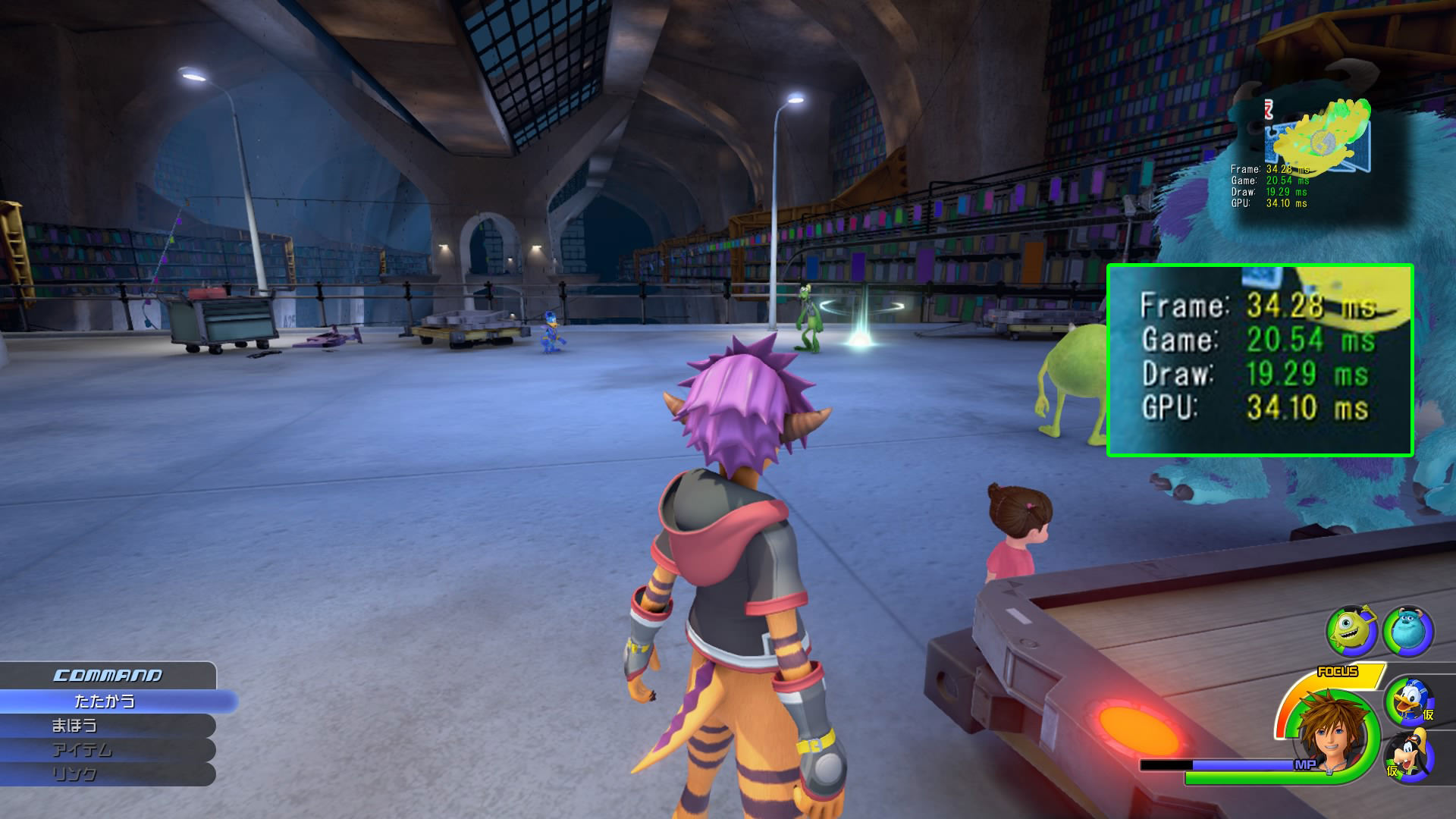 [UPDATED] [RUMOR] Screenshots of a possible Monsters, Inc. world for Kingdom Hearts III allegedly leaked on ResetEra and on Imgur

[WARNING: These screenshots have NOT been confirmed to be legitimate, so please take this only as a RUMOR].

Screenshots have recently surfaced on ResetEra, detailing a possible Monsters, Inc. world for Kingdom Hearts III. ResetEra user Wrestleman uploaded two screenshots that were shown to him on his Discord server by someone who got them from an unknown source who said they were taken from an FTP server. The screenshots show Sora, Donald, and Goofy in the lobby at the Scare Factory fighting what seems to be Unversed. Also present are Mike Wazowski and Sully, who appear to be party members for this world.

The first screenshot features Sora and the others facing off against what appears to be a monster Unversed (notice the symbol on its head), along with a few Flood Unversed. Sora, Donald, and Goofy have a more monster appearance. Sora’s legs have a striped look with a tail and he has horns coming from his ears. Donald appears to be a blue gremlin with little wings. Goofy is green from head to toe with his eyes poking out. Sora, Donald, and Goofy appear to be using their default weapons for this fight.

The HUD appears to be the default with Sora, Donald, and Goofy still in the regular Kingdom Hearts III outfits with no changes on their icons, however on Donald and Goofy’s icon, there is kanji written, meaning “Temporary," so the HUD may not be finished yet. The HUD also shows Mike and Sully’s icons in both their fight mode and in stationary mode.

The second screenshot has Sora and the others standing around, most likely after the fight. This shot appears to be from a developer’s point of view, displaying information about the status of the game. You can view the translations below:

(Special thanks to Katie Armstrong and Mio-chan for the translations.)

Since the factors of the load are not limited to this, they are only for reference.

Profiling while GC [Garbage Collection] validation is on

(Next to character icon)

Number of polygons in the screen: related to the number of points and dynamic shadows

Draw Call: Related to the number of actors and materials

Related to the number of Draw Call

Related to points, shader complexity, and shadows among others (25 ms to 27 ms is preferable only for the background)

Command line (appears by pressing half / fully a key)

You can view the screenshots below:

Wrestleman also uploaded a screenshot of an alleged leak of a Frozen world in Kingdom Hearts III, but it was quickly deleted by Wrestleman as others brought it to his attention that it was just a screenshot from the movie. 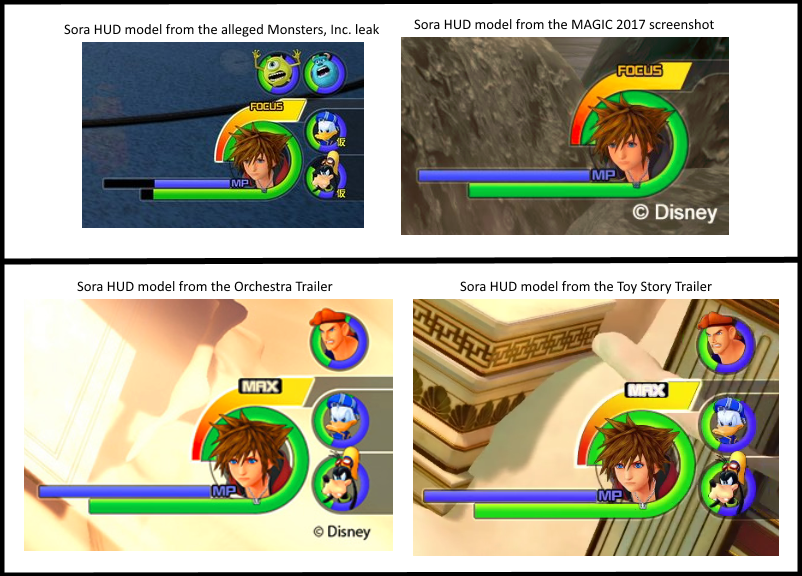 UPDATE [Dec. 23, 2017]: New screenshots of the alleged Kingdom Hearts III Monsters, Inc. world leak have surfaced on Imgur. The new batch of screenshots includes an introduction of Boo and the door vault. There are also a few shots of debugging and comparisons with the Kingdom Shader. You can view them in the gallery below:

Translations are available for a few of the screenshots, thanks to Mio-chan. You can see them below:

"Sora, we have to put out this fire."

What do you guys think? Do these screenshots look legitimate or fake? Let us know your observations in the comments below!