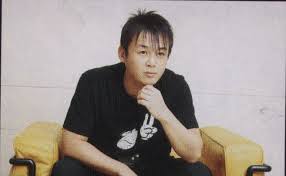 Tetsuya Nomura, the director of the Kingdom Hearts, has written a message for fans regarding the Kingdom Hearts III and Kingdom Hearts Unchained χ news from E3 2015. The message from Nomura has him presenting all of the announcements to us, and interestingly mentions that not all the assets/information available were revealed – just a snippet. The message also says that there will be more news soon, so stay tuned!

You can read the full message below:

After we announced KINGDOM HEARTS III, we went through some redesigning associated with the change in the game engine. Since we were prioritizing those tasks, we were not able to reveal much new information, but this time, we premiered footage that shows the game in action on the new engine.

The video is just a snippet, but I believe you can get a glimpse of all the challenges that the development team is taking on.We leaned toward the flashiest of scenes due to the limited length of time, but I hope that viewers can sense that this new world of KINGDOM HEARTS is something that players can enjoy, not only during the powered-up battles, but even when you’re just traversing the map.

That being said, the true nature of KINGDOM HEARTS III is still to come, so please stay tuned for further information.

Also, we just made the announcement that KINGDOM HEARTS χ [chi], a PC browser game that was previously only available in Japan, will be coming to North America as KINGDOM HEARTS Unchained χ.

It is meant to be a handy way to enjoy the world of KINGDOM HEARTS more deeply, so I hope that you try out KINGDOM HEARTS Unchained χ, and imagine your new journey in KHIII.