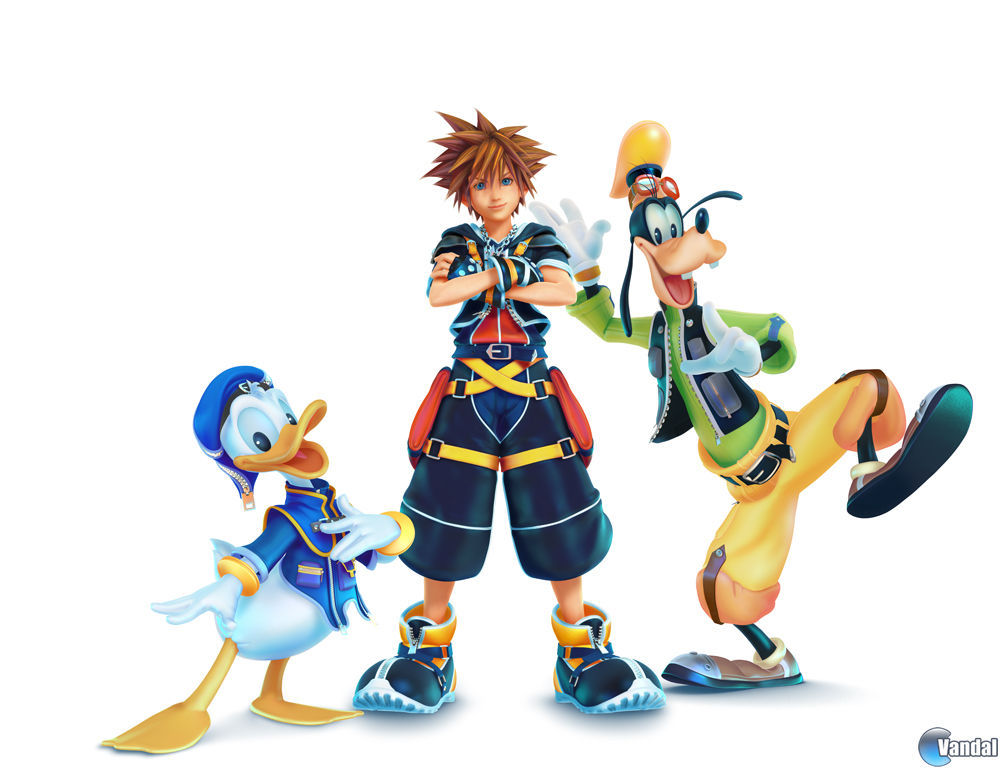 On May 8, 2017, Twitter user José Álamo (@Jose_Strife), a reporter for the website Koi-nya, claimed to have apparent leaked information coming straight from the development team of Kingdom Hearts III (the Osaka Team). The information he provided, in a series of tweets, has been translated as follows.

Please keep in mind that these are unconfirmed and lack solid evidence, and have therefore been classified as rumors until proven otherwise.

“Seems like Nomura is still ‘in his teens’ with not advancing with Kingdom Hearts III’s development due to his ‘perfectionism’. If everything goes according to plan, there will be a trailer at E3 and the game will be released in 2018, even if it’s unfinished. Seems like it has been exhausting for the Osaka Team to have worked on a home console Kingdom Hearts game. On a flip note, Nomura seems to be more interested in what comes after Kingdom Hearts III than in Kingdom Hearts III itself. The Kingdom Hearts III development team was obsessed with releasing a trailer last April and launching it [the game] around 2017 Fall/holidays with removed content. And, to the surprise of no one, all of this is due to the development hell of Versus*. All of these details came [to me] with a delay of 1-2 weeks, keep this in mind as things can change quickly in-house at Square Enix. The E3 presentation is almost confirmed and Nomura should be at the event in some way or another.”

Today, he tweeted some clarifications in English due to some people being confused by his statements because of mistranslations.

“Square Enix is not rushing KH3, that reports [sic] are incorrect. I said that they may cut things, but I didn’t say they are in a rush. People change my words. If they can’t finish something when they hit the deadline, it’ll be cut. There is no rush when you delay a game twice. Reports about KH3 being in development hell like Versus* are also inaccurate. I said that the development of Versus was a hell. And as Nomura has said so many times, this affected him and SE**. If Nomura was a [sic] Osaka Team resident and he set his goals accurately, the game would be out in December like planned. Nomura, as you should know, is working with a lot of teams in SE** in a lot of games/projects.”

José Álamo’s rumors on Kingdom Hearts III go way back to January 30, 2017, where he stated the following:

“Development on Kingdom Hearts III seems to not be going as well as expected and development team is using assets with subject to change. It should be playable by August and they still don’t have various sections ready. WELP. It is possible that launch (in March of next year) won’t be affected, but they will have to work a lot for it. Kingdom Hearts III’s problem resides in all of the content they have to include: levels, animations, models… And they are very slow in doing it… Every time they make a build, they review it and Nomura says: “No, we should work more on this” and back to work, when there are assets from PlayStation 2 still to be worked on, untouched levels and things of the sort.”

He added: “Obviously, this perfectionism from Nomura assures certain quality standards and the finished parts from the game look really good. In that sense we shouldn’t be worried. Slow, but safe.”

On March 16, 2017, Álamo also talked about a cancelled presentation for Kingdom Hearts III, (which has also been classified as a rumor):

“Seems like Square Enix has cancelled/delayed a presentation for Kingdom Hearts III for the press… The closeness to E3 and other factors could be the reason for this decision. They are looking for a more efficient marketing campaign. Nomura had prepared two trailers: one for the end of last year and one for the beginning of this year. At E3/after E3 we should start getting details and, when Square Enix announces the release date, the big marketing campaign will begin.”

José Álamo is known for having leaked a few things in the past, such as the reveal for The Last of Us Part II a week before its official announcement at PlayStation Experience 2016, and a new Fire Emblem game releasing for Nintendo Switch before the end of 2018.

He also has some other unconfirmed rumors, such as a Pokémon announcement being delayed, a new Assassin’s Creed game announcement coming up on the week of May 15, 2017, a new Animal Crossing and a new Metroid (Prime-style) games coming to the Switch before the end of 2018, and Square Enix internally discussing The World Ends With You IP.

It is also worth noting that in June 2016, there were some leaks in 4chan about the plot and overall game of Final Fantasy XV. Álamo stated that an inside source of his had confirmed that all those leaks were fake, but when the game released, all of those leaks turned out to be true.

With all this in mind, we advise our readers to take what they just read with a grain of salt, as they are all rumors at this point in time that could eventually be proven wrong.