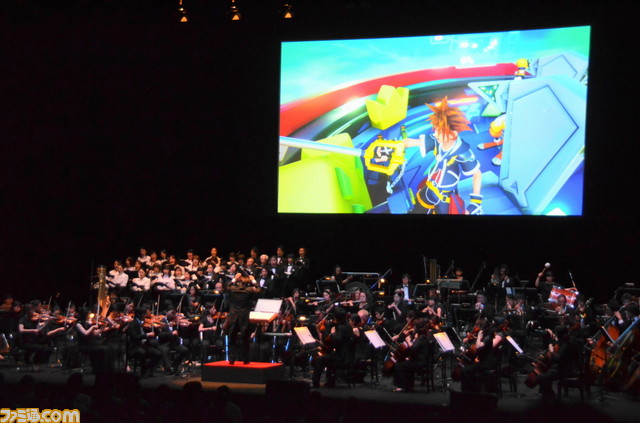 - Orchestra and recitation plays while showing pictures of the KH world at the end of the orchestra ( not sure if they were talking about new KHIII screenshots ? )

- When the second part of "Passion - instrumental version" ends, the concert will only play encore songs

View the images of the Kingdom Hearts Orchestra - World Tour - in Osaka, provided by Famitsu, below: