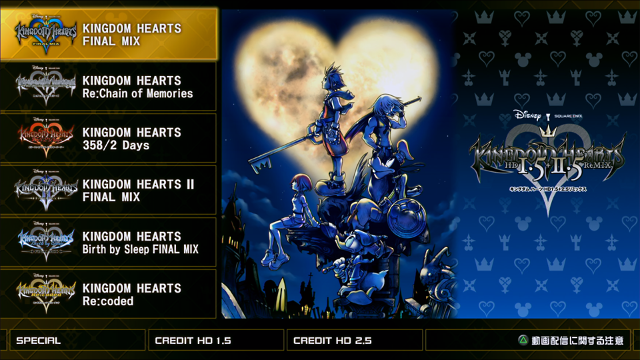 Today the official Japanese PlayStation website covered an article talking about Kingdom Hearts HD 1.5+2.5 ReMIX and revealed the official title selection screen of the game in a screenshot. You can view the title screen, in addition to some new in-game screenshots below:

Tell us your thoughts on the new title selection screen in the comment section below!