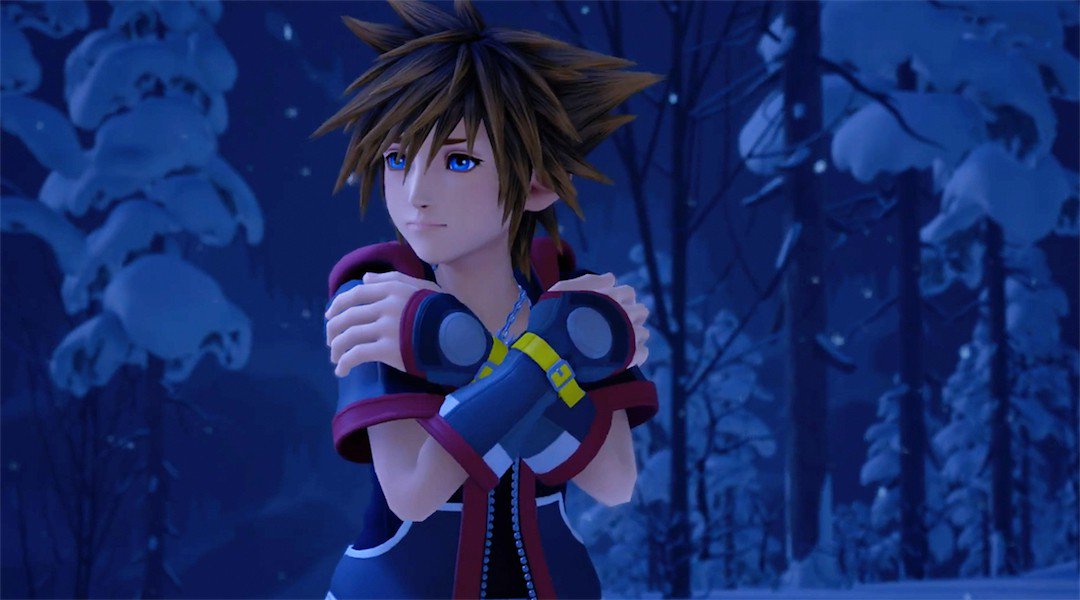 During E3 2018, Tetsuya Nomura, the Kingdom Hearts saga director and creator, had the chance to be interviewed by GNN.com on the new chapter of the saga, Kingdom Hearts III.

You can check below for the fully translated interview (thanks greatly to @Protoplasm_png, and our KHUχ Team Leader faemarch):

Nomura: Sora's story will not end here; however, this part of the story that lasted 15 years since the first instalment (KH1) that involves the fight against Xehanort will be wrapped up in KH3.

Q: Kingdom Hearts III had been in production for a very long time. May I know the reason behind it?

Nomura: There are two main reasons. After the production had begun for about a year, the officials requested a change of the game engine, hence we had to start from scratch. That is one of the reasons. Another reason being there were some internal changes with the team working on the game, therefore we were unable to meet the original [intended] date of release for KH3. (Note: You can read Nomura's comments on this matter in this interview as well.)

Q: Towards the end of the new trailer, Aqua had appeared. Does that mean the other two characters from ‘Birth By Sleep’, Terra and Ventus, will make their appearance as well?

Nomura: Generally speaking, in KH3 most of the main characters from all previous instalments will make their appearance.

Q: In the trailer it appears that Aqua has signs of being affected by the darkness. Fans are very concerned about it.

Nomura: As of now we cannot reveal the reason why Aqua is now in that state. However, that does not mean there are no chances of rescuing her, for that part it depends on the hard work of the players.

Q: There are many vehicles in the new trailer, will there be more in the game?

Nomura: In KH3, Sora has many special attacks, and the transport systems are one of them. It’s just like games with theme park setting, they will always have that element. The transports are mainly for ‘attacking’ and not ‘transporting’. Different worlds will have different transport systems, for example in ‘Toy Story’ world there are robots for the player to ride on. However, in ‘Pirates of the Caribbean’, the pirate ship’s sole function is just transporting the player. (Note: This seems to contradict our traslations of Nomura's previous statement about the Black Pearl; also, in the trailer you can use the ship during ship battles.)

Q: Until now only a lot of Disney characters had showed up- Will there be any appearance of new ‘Final Fantasy’ characters?

Q: ‘Star Wars’ and ‘Marvel’ are under Disney branding now, so will the characters from those franchise appear in KH3?

Nomura: They are under Disney, but they are not Disney’s original work, therefore they will not make any appearances.

Q: Characters from ‘Frozen’ were announced in the recent trailer. What kind of role will they play?

Nomura: I believe that the appearance of ‘Frozen’ in KH3 had mad many fans happy as ‘Frozen’ is quite demanded among the fans. However, due to the popularity of ‘Frozen’, there are many factors/details which we have to take extra care of. The plot will be roughly the same as the movie as adding original KH elements into the ‘Frozen’ world would be difficult. We will be using the original world/story in ‘Frozen’, and add a little element from KH. Although we cannot talk about the gameplay, but basically the original parts could be in some mini-games, such as stepping on a high-flying shield and sledding across the snow [with it], etc.

Q: In KH3 how many original worlds will show up?

Nomura: There are two categories for original worlds, which are ‘those that players can go to’ and ‘those that players cannot visit’. In this trailer, the place where Axel (Note: Lea...?) and Kairi spoke is a place where the players cannot go/explore. For original worlds... There are places where it will only appear for a while... Actually, there are many that will be showing up. Seems like I cannot reveal too much now.

Q: In the trailer, ‘Wreck it Ralph’ is being shown as a summon, are there any chances of it having its own world?

Nomura: For the worlds that have not been revealed so far, I cannot provide a solid answer.

Q: In the previous games, the seven princesses that represents light have a big role in the plot. In this trailer, the ‘New Seven Hearts’ is being mentioned, but no gender is specified. Is it possible that there will be any male characters?

Nomura: ...There isn’t. Because there are many factors to considerate, there are no males.

What were your impressions of this interview?