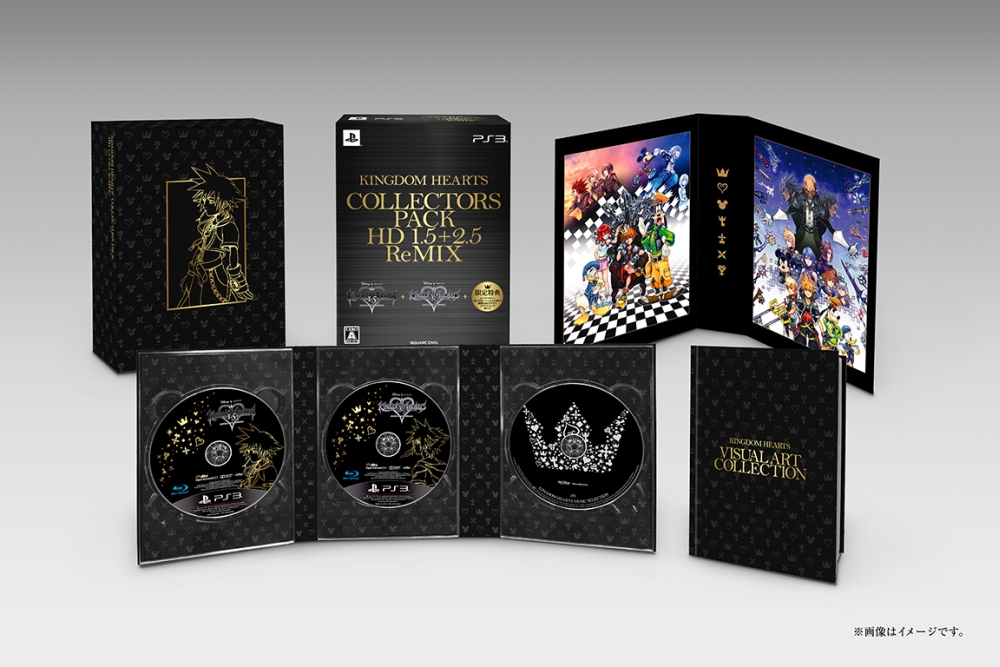 Ruliweb: It's been two years since the first official announcement of Kingdom Hearts 3.

Nomura: Usually, most of the reactions from the KH fans and media consist of "Please put [this world] in the game!" (Laughs) Rather than comments on the game system itself, we get requests for "Put this world in, put my world in!" much more. Whichever world is a popular map should determine whether or not the masses will greatly enjoy Kingdom Hearts 3. Recently, we also received a significant increase in requests for the Kingdom Hearts 1.5 Remix and Kingdom Hearts 2.5 Remix to be released on the PS4. Unfortunately, we don't have any plans for that.

The most likely reason for this appears to be that they do not want to delay Kingdom Hearts III, as both HD 1.5 ReMIX & HD 2.5 ReMIX were both developed by the Kingdom Hearts team for unknown reasons. Tai Yasue stated in the interview linked above that they did not want Kingdom Hearts III delayed. Another likely reason is that the PlayStation 4 requires all games to have digital versions while both HD 1.5 ReMIX & HD 2.5 ReMIX did not on PlayStation 3, likely due to licensing issues.