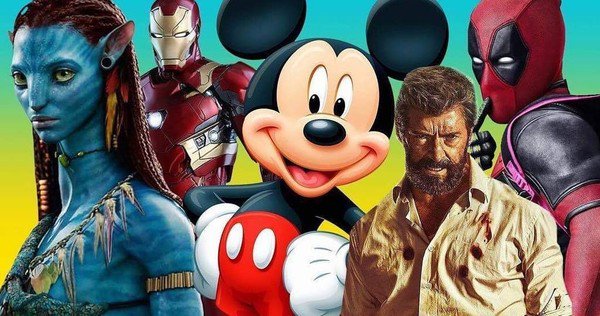 On Thursday, December 15, 2017, the Walt Disney Company announced a definitive deal to secure assets from 21st Century Fox, Inc. for $52.4 billion. Disney hope this acquisition will allow them to "create more appealing content, build more direct relationships with consumers around the world and deliver a more compelling entertainment experience to consumers wherever and however they choose."

The deal was signed by Disney's chief executive Robert A. Iger, a veteran in guiding the company to become a Hollywood leader through a series of acquisitions such as Lucasfilm, Marvel, and Pixar.

Disney will be acquiring the film and television studios of 21st Century Fox, which includes 20th Century Fox Film studios and movie blockbusters such as Avatar, Titanic, The Sound of Music, The Grand Budapest Hotel, Hidden Figures, Gone Girl, The Shape of Water, The Martian, and Anastasia. The deal will also allow Disney to bring the X-Men, Fantastic Four, and Deadpool into their Marvel Cinematic Universe if they so pleased.

The acquisition also includes 20th Century Television studios, which have 36 series currently in production, including The Simpsons, Homeland, This is Us, and Modern Family.

Furthermore, Disney will be acquiring 21st Century Fox's cable and international TV businesses such as FX and National Geographic. Disney will also be obtaining Fox's 30% stakes in Hulu and 39% current stakes in Sky (along with their planned complete takeover by June 30, 2018).

Earlier this year, Disney announced the end of their distribution agreement with Netflix, planning to pull their movies from the streaming service to one of their own new direct-to-consumer streaming service launching in 2019. The deal to acquire 21st Century Fox marks another step in Disney's direct-to-consumer strategy to become a "more viable competitor" to the tech giants in the entertainment business by adapting to the increasing demand of streaming and other digital services.

The acquisition does not include Fox Broadcasting network and stations, Fox News Channel, Fox Business Network, FS1, FS2 and Big Ten Network; these will be listed under a new, separate company called New Fox.

What do you make of this takeover by Disney, including many of 21st Century Fox's remarkable IPs? How do you think this could affect the future content of the Kingdom Hearts series? Let us know in the comments!