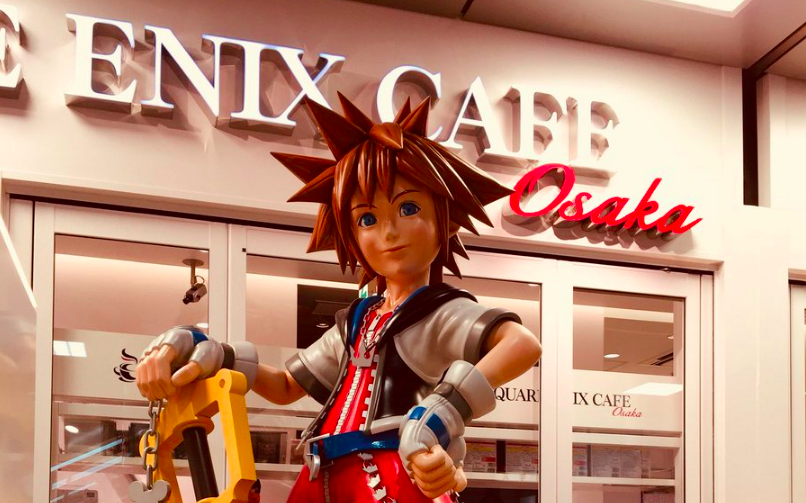 The Preview Night was held from 18:00 - 21:00 JST, and the meeting place was Osaka Umeda Yodobashi 1st Basement. There was no entry fee. Instead, 40 Square Enix Japan members were selected by lottery to be invited.

Thanks to KH13 staff member Mio-chan and LadyAleister, we have translations on some of the information given by Nomura, Hashimoto, and more at the event, and also some impressions of the Twitter users.

- Sora's birthday isn't specified, but it should be the day of his debut (March 28, 2002), just as other Disney characters.

- There is desire of making supporting characters and Organization XIII mini figures, so Nomura will think about it.

- Sea Salt Ice Creams at the event had winner sticks among them at the event which attendees were able to be exchange for a free coaster.

- They worked hard to host the Café, and maybe there are no more chances to do so, so Nomura asked everyone to enjoy that month.

- There is no schedule for a release of Nomura’s art collection at the moment.

- There is also no plans for selling a Promotional Video collection for now.

- The staff said that the release of the Kingdom Key prop replica should be asked to Bandai, as they are the ones who Disney handed the rights to.

Pictures from the Attendees