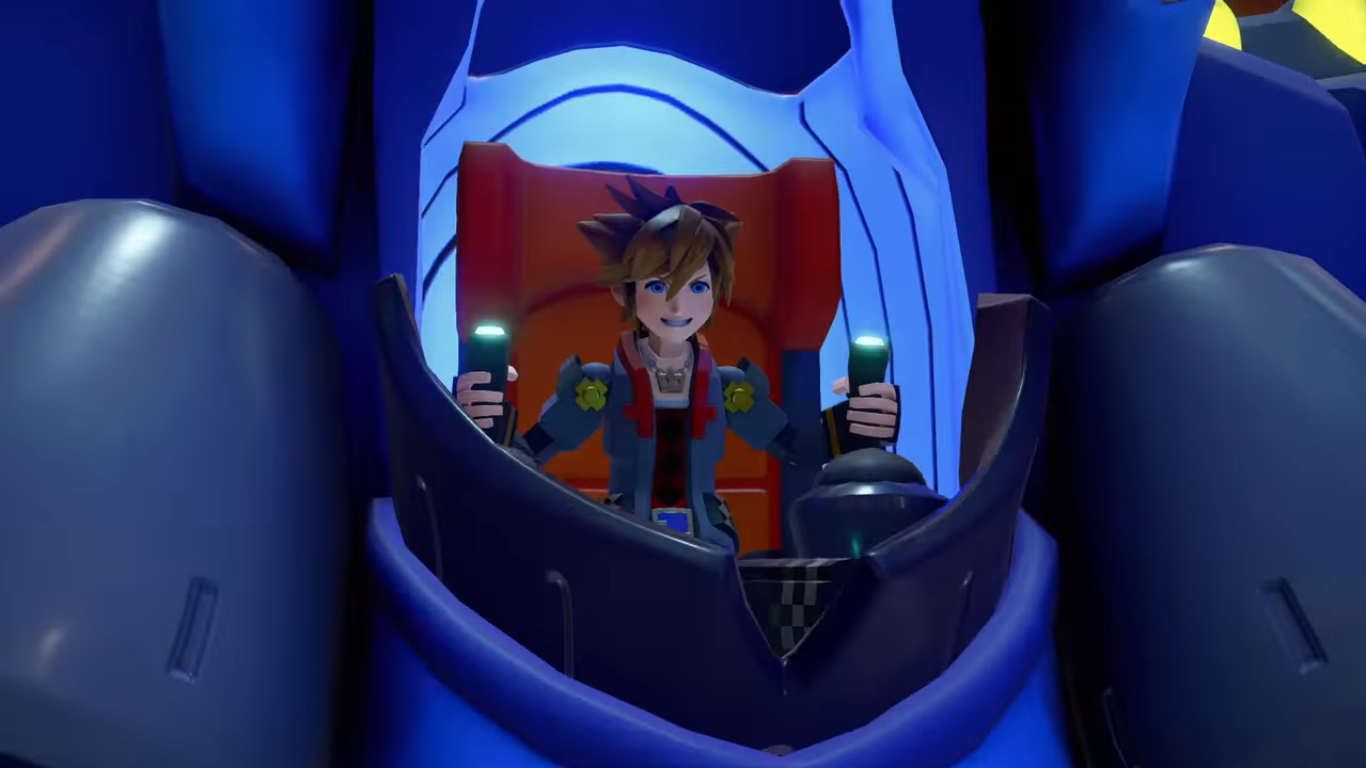 In a recent interview with Dengeki Online, Kingdom Hearts III director Tetsuya Nomura has revealed more details about the upcoming game. We are currently in the process of translating the article, but in the meantime, here are some translated highlights from the article:

When more of the article is translated, we will update when possible. In the meantime, if you would like to look at the untranslated page, check it out here.

Kingdom Hearts III was recently revealed to be coming in 2018.

Do any of these new details excite you? Let us know in the comments below.

UPDATE: Translations are now available. You can read the interview below.

Dengeki: There was a lot of info in the video that was showed a few days ago. But the most impressive was the announcement of the release of the game in 2018.

Nomura: Because we became really careful about announcing release date, we announced it as a way to show that the game was on its way, even if we only know the year of release.

You also announced the toy story world that makes its first appearance.

We wanted to have a toy story world since KH II. Although it was really hard, we managed to add it because during the discussions we couldn't think of a KH III without the Toy Story World. As for the timeline, it's happening after the second movie and will be an original story.

If you think about Toy Story you think of a toy as the main character, in KH III which character will appear ?

There will be Woody and Buzz among others, the ones you can see in the video are going to be main characters. The plot is that the other toys have been forced to go with Andy and you have to look for them.

In order for Sora and his friends to blend in the world they turned into toys isn't it ?

Getting to that appearance was quite long. We tried to make them look like figurines, or like pixelized characters made into 3D and other varied forms.

During battle, Woody and Buzz joined Sora, Donald and Goofy. Does that mean that you can have a party of five characters ?

In the movie you can see all five of them fight together at one point. Depending on the world you can have more than four party characters fighting. You can also link attacks with them but the information about the party composition system will come later.

While fighting outside of the house, Sora and the others fight at the size of toys and we can really feel the difference in size.

That size difference is amazing, I wonder until where can we push it? (Laugh) The main objective of the Toy Story world is to reach the Toy Shop. The "Galaxy Toys" shop we can see in the trailer is quite big.

There are situations where Sora can fight on a robot.

The idea to have Sora fight while riding a robot was early in the development process. Different robots have different ways of fighting. And different floors will have different gimmicks as well.

In Olympus there is a battle with a brutal Rock Titan, there seems to be more variation in each element of each world than before.

We created them while bearing that in mind. In KH 0.2 Birth By Sleep -Fragmentary Passage, it was the same. Every map was built while keeping in mind the three dimensional aspect and the heights. I think it looks like a big city. Compared to KH II, KH III there are less Disney worlds, but we took more time designing them.

In KH II, once you had completed each world you had to back in each world again. Will it be the same in KH III ?

Some people liked this and other didn't. It will be different in KH III.

In the video we can see Sora falling from high heights spread-eagled, is this some kind of special action ?

It was a way to make the fall more realistic. Depending on what you do at the time, it will do a different move. The weapon change and the outfit will vary based on the keyblade.

The shapeshift of the keyblade is one of the special features of KH III, This time we could see it change into a drill and a hammer.

The keyblade can change to a lot of forms, but indeed the drill is ambitious (Laugh).

The drill and hammer can only be used in the toy story world ?

What do you mean?

In KH II you changed form during battle, but this time you will change form depending on the keyblade.

You mean that there are as many forms as there are keyblades ?

No, each keyblade have its own type influencing it's offensive and defensive potency, and the form will change depending on what type of keyblade you use. Also the Kingdom Key from KH II will make its return and change Sora into his "second form" (Temporary name) that has the same colors as KH II. This form is limited to the Kingdom Key and while the keyblade won't shapeshift, the battle skills you can use will change. There are different forms like that limited to only one keyblade.

It's quite fun to fight while the keyblade shapeshifts.

We focused a lot of battle actions. As I said it before, each keyblade can only turn into different shapes. The Olympus Keyblade can turn into a shield or a chariot. Also the Arrow and Bazooka that you can see in the beginning of the video are a set combination too. You can use the kind of actions you saw in the trailer as soon as you get your hand on the keyblade.

We can see Sora having a new form in the battle scene of the toy story world, what about it?

Forms adapt to the changes of entering worlds such as Toy Story. So when Sora was using the drill and the hammer in that world, you can see the form even in this world. You will have to wait for the next dump of information to learn more about the forms.

In the trailer shown before the E3, we could see a scene in the twilight town, as expected this world will have a great importance in the game isn't it ?

This time the Twilight town will serve as a tutorial area and will be visited early in the game.

In the ending of the trailer from before the E3, there is a really important line related to Roxas, the development seems unusual.

There are too many characters, the story reaches a critical part. There are a lot of characters that appeared until now, there will be lots of characters appearing in different forms.

There was a lot of problems going on but how are they going to be settled as we reach the end of the story... ?

Will KH III settle the fate of special characters and answer remaining mysteries ?

This is the end of the Dark Seeker arc, so it will take some form of conclusion

What are the meaning of the words from both the last trailer and the one from before E3 ?

You mean “Don't assume your dreams are just fantasy. If you can imagine a world, believe in it... and dive in”? (Litteral translation of the japanese is« Don't let your dreams end in a fantasy. Dive into the worlds of this imagination ») ?

This is a catch phrase for the trailer, there is no connection to the actual plot of KH III. The first video started by showing Sora diving, so we wanted to keep on with that message.