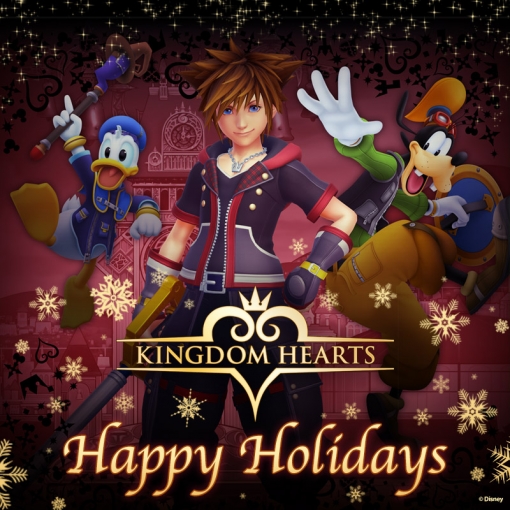 After the release of the new trailer featuring Kingdom Hearts HD 2.8 Final Chapter Prologue and Kingdom Hearts III, many fans had questions circling around in their heads. The folks over at KHInsider had the incredible opportunity to formally relay fan questions to Tetsuya Nomura himself. His answers to some of the questions can be read below, and you can read the blog post in its entirety here.

Nomura: What sets KINGDOM HEARTS apart from other titles is that this is a title in which we have been sharing a connection with our fans for many years. So rather than being a one-time relationship like a festival, it does feel like we are partners or friends that have spent a long time together, but I do cherish these kinds of events as there aren’t very many opportunities like this where we can interact with our fans. Japanese fans are more shy than fans overseas but I was very happy that I was able to feel that the Japanese fans were having fun this time too.

2. The Kingdom Hearts Premium Theater event was very well received in Japan. If the opportunity for future events is presented, would they follow a similar format? If not, what would you like to do differently?

Nomura: The content of the event would change depending on the location and timing, so the format would most likely depend on those two factors. Also, as for D23, location becomes restricted as there are rules set by the host. Since we had more applicants than the amount of participants that we could accommodate this time, if we did have another opportunity to hold an event like this one, I think I will first consider the capacity of the venue instead of the format of the event.

3. The newest update to Kingdom Hearts X [chi] introduces a new world, Beast’s Castle. Why was this world chosen to be added to the game?

Nomura: We are prioritizing the worlds of the seven princess’s based on the “fairy tale era” concept in KINGDOM HEARTS χ[chi].

4. Is there any significance in the timing of Beast’s Castle’s introduction to Kingdom Hearts X [chi]? After so many main story updates, it was surprising to travel to a new world rather than continuing to investigate Ephemera and the Foretellers.

Nomura: There is no significance to the timing. We had already made a decision on which worlds to select a while ago, but because new world additions are the most time consuming, we were finally able to implement it this time.

5. In one of the recent updates of Kingdom Hearts X [chi], the term “unchained” was officially introduced and has caused quite a bit of speculation among the fans. Does this play a role in how you previously said that X [chi] and Unchained X were not exactly the same game?

Nomura: I cannot explain this without any spoilers but there is a connection between the two. Who is trying to do what will be depicted in KINGDOM HEARTS χ[chi] or KINDGOM HEARTS Unchainedχ, and the reason behind it would be told in KHχ Back Cover (included in 2.8).

6. In 0.2, Yen Sid tells Riku and Kairi that it is imperative to rescue Aqua, Terra and Ventus, prompting Mickey to tell them of his recent visit to the Realm of Darkness. Is he referring to the time in the first Kingdom Hearts when he ventured in to find the Kingdom Key D?

Nomura: It is an episode that I was waiting for a long time to tell. Please wait for KH0.2 for that answer.

7. Did Mickey meet Aqua during his time in the Realm of Darkness? If so, why did he refrain from speaking of such an important matter until this moment?

Nomura: This will also be told in KH0.2 so please wait for it.

8. The conversation between Young Xehanort and Eraqus, first shown at E3, is the opening scene of Kingdom Hearts 3. Since then, more and more of the scene has been revealed through the trailers and at D23, we were able to view it in its entirety. Why was the decision made to show the scene in this manner?

Nomura: There are many reasons for this, but one of them is that we are prioritizing the creation of new worlds in KH3, and we would have to consider the reveal timing of those worlds, making sure that we discuss with Disney. That opening scene is very versatile, since it doesn’t involve those new worlds, plus it’s a great asset to use as a prologue to build up excitement towards KH3.

Also, the scenes that we have currently have released is not the final product so please look forward to any changes that we may make in the future as well.

9. We learn from Xehanort and Eraqus’s conversation that Eraqus is under consideration for masterhood, but what about Xehanort at this time?

Nomura: I’m sure that you can sense that there is some kind of thought behind Xehanort’s expression and tone of voice at the end. Xehanort’s interest is something other than a title of honor.

10. It was surprising to see the return of Nobodies in the recent Kingdom Hearts 3 footage. What sort of role will they play in the game? Can we expect to see any more enemy types besides Nobodies and Heartless?

Nomura: I want to make it so that you can tell who had come to that world by the enemies that appear there. I am thinking of the enemy types as a part of the total production this time.

11. The new Kingdom Hearts III trailer featured a new Nobody design with a scythe and flower petals, is this particular Nobody alluding to a certain former Organization member?

Nomura: I think that it’s easy to imagine but I do believe that it will appear in promotional materials sooner or later so please wait for that.

12. Mickey was seen at the Premium Theater wearing his Kingdom Hearts 2 clothing holding the Kingdom Key D Keyblade, is there a chance we can see this Mickey at Disney Parks?

Nomura: As far as I know, there are no plans right now, but I think it would be really neat if they did one day!

What intrigues you most about this surprise interview? Let us know in the comments below, and have a wonderful holiday season!