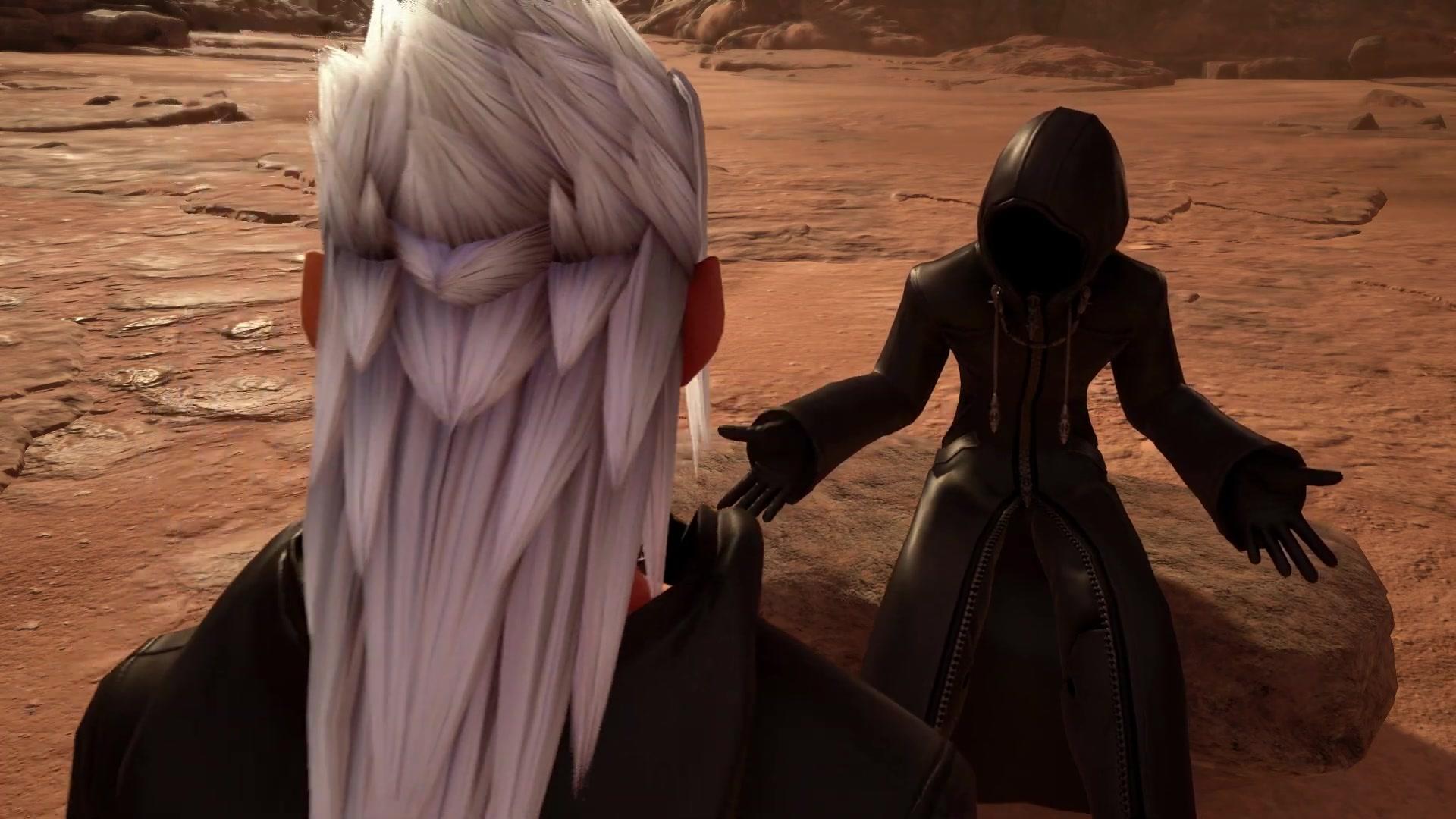 UPDATED: Tetsuya Nomura states Kingdom Hearts III Re:Mind DLC will have a similar amount of bosses to KH2FM, that he plans to release it as soon as possible, and more

This week's issue of Famitsu Weekly magazine will include an interview with Tetsuya Nomura, the director of the Kingdom Hearts series, where he discusses both Final Fantasy VII: Remake and the new DLC coming to Kingdom Hearts III, Kingdom Hearts III Re:Mind. Thanks to ryokutya2089, a summary of the information in this interview can be read below. Translations have been provided by KH13 Staff @Mio-chan.

UPDATE: The full translation of the interview is now available! You can read it below. (Thanks to KH13 Staff Members @Mio-chan, @NihonScribe, and @Solis for the translations!)

Before E3, a paid DLC Kingdom Hearts III Re:Mind was revealed. What is the meaning of this title?

Nomura: I am often contacted by the public relations department and been told it’s a reminder. It means something like reconfirmation, but at the same time, you’re prompted to reply. (laugh) This is what it means but it has also a double meaning. So the meanings are reminder, reconfirmation, and heart’s regeneration.

In the logo, there is an unfamiliar mark added between "Re" and "Mind".

Nomura: I think its meaning changes depending on whether you decide to connect or cut them. Until now, "Re" has been frequently used, so I wanted to implement a deeper meaning with a more resonant symbol. I thought that a musical symbol was appropriate so I chose "vide" and "coda". Based on the meanings I’ve mentioned here, I hope you will analyze it in various ways.

(Note: In music, a "vide" signifies a skipped section of a performance, whereas a "coda" is a section that is similar to, yet distinct from, the main piece. A coda is often used as a concluding and/or summarizing movement.)

It’s a pleasant surprise to hear that Riku, Aqua and Roxas are playable. Is this a scene where we fight against the strongest class enemy, Limit Cut?

Then, Riku and his friends are also playable in the additional scenario?

Nomura: You can play as Riku and Aqua in the main story, but there is a scene where you can pick a character while advancing in the additional scenario as well.

Nomura: Yeah (laugh). The additional scenario itself is independent. You can enjoy its content after clearing the main story.

The moment where we see the Master of Masters and young Xehanort as well as Luxord and Xigbar after that, are scenes from the additional scenario, right?

Nomura: That’s right. Luxord and Xigbar’s conversation takes place at the beginning of this additional scenario. Since it’s an "additional scenario", there are a lot of cutscenes this time. It was rewritten twice, and its volume considerably increased in the final draft, so it became denser than expected.

Nomura: He will show up, at least (bitter laugh).

That’s a relief (laugh). I would be glad if he came out in the Limit Cut too.

Nomura: I can’t say much about the Limit Cut boss(es) for now, but it will contain a close amount of bosses like last time (Kingdom Hearts II Final Mix).

What, thirteen? Isn’t it way too much?

Nomura: It has plenty of surprises! The additional scenario as a whole contains the Limit Cut episode & bosses among others, along with a secret episode & boss, for a DLC it’s a self-sufficient volume.

It will be released this winter, but is it at the end of the year or during the New Year?

Nomura: Because there are parts where CERO [Computer Entertainment Rating Organization] is evaluated again, there are some things which I cannot see yet, but in my opinion, I do not want it to be too close to Final Fantasy VII Remake’s release, I want the DLC to come out quickly."

How do you control Roxas and the others within Re:Mind?

Nomura: During the main story, in the same way players were able to choose to play as Riku and Aqua, Roxas can also be chosen and you will be able to continue through the additional scenarios. As you progress there is a segment where you're able to choose the character you want to play as. The additional scenarios themselves are independent of this. This is content you'll be able to enjoy once you've cleared the story.