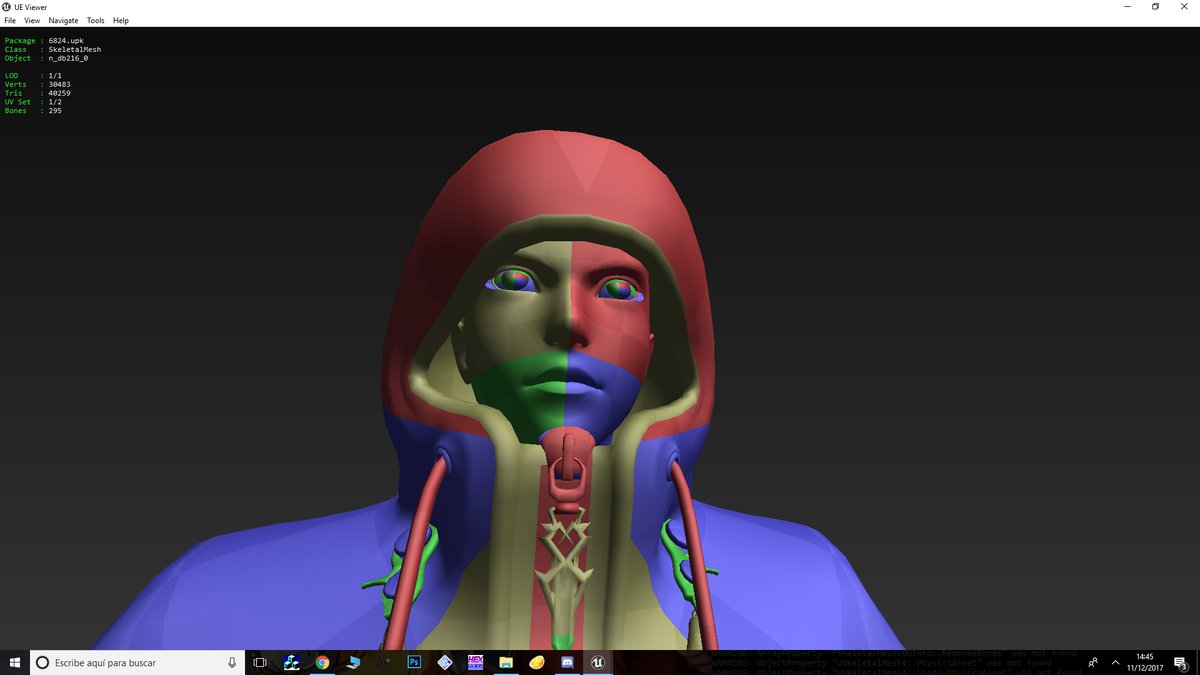 Assets for Kingdom Hearts 0.2 Birth by Sleep -A fragmentary passage- have been uncovered through hacking; including Luxu, the black box, and more

Assets from the game files of Kingdom Hearts 0.2 Birth by Sleep -A fragmentary passage- have been uncovered by Twitter users @Keytotruth, 13th Vessel, and @Xeeynamo through hacking. Some of the untextured assets that have been found so far includes Luxu, the black box, Yen Sid, Aqua, Kairi, a Water Core Heartless, the Starseeker Keyblade, and the Castle of Dreams. You can view them in the gallery below:

When asked more about the assets, 13th Vessel gave some more insight on the structure of Kingdom Hearts 0.2 Birth by Sleep -A fragmentary passage-, which you can read below:

"Kingdom Hearts 0.2, it's basically a video with playable levels. Every cutscene that you see in-game is just a video."

When asked about which characters' assets they have found so far, they replied with:

"We have also found models for other characters (Yen Sid, Kairi, and Riku). Sora, Donald, and Goofy haven't been found as of yet."

UPDATE [Dec 18, 2017]: KeytoTruth has found unused commands in the assets of Kingdom Hearts 0.2 Birth by Sleep -A fragmentary passage-. Some of the commands that weren't used for the final version of the game were Water, Aero, Holy, WaterFire, WaterBlizzard, and WaterAero. You can view the full list of commands here.

UPDATE [Dec 31, 2017]: @Xeeynamo has found untextured models of Sora and Goofy from Kingdom Hearts 0.2 Birth by Sleep -A fragmentary passage-. Their pictures have been added to the album embed above.

UPDATE [Jan 1, 2018]: 13th Vessel has reported that they have uncovered "almost every model," including untextured character models for Riku in his Kingdom Hearts original outfit, Donald, Ansem the Wise and Terra; he has also found Riku's and Mickey's suitcases model. He has also found the files for Ventus and shirtless Mickey and many more, but there are no images available for those models yet. In the mean time, you can view all of the ones available in the gallery with the other images above.

UPDATE [Jan 2, 2018]: 13th Vessel has uncovered the untextured character model for Terra-Xehanort's Guardian, which you can view in the gallery above. He's also found Kingdom Key, Kingdom Key D, Donald's weapon, and effects for the previously reported on Water magic, which were not viewable. Some maps and textures of models are still there even after having been deleted. For example, in the NPC folder, 13th Vessel found some folders for Daybreak Town, but they only had textures of scrapped models in them. (Note that there he didn't find any maps for Daybreak Town.)

The next step would be to find a way of seeing these textures to identify them, but 13th Vessel says that that's a very complicated task. He states that because of this, there could be many things that are scrapped that we are not able to view.

UPDATE [Jan 2, 2018]: 13th Vessel has uploaded the soundtrack's file names from Kingdom Hearts 0.2 Birth By Sleep -A fragmentary passage- that he pulled from the game's assets. This list does not contain the game's opening song, "Simple and Clean (Ray of Hope Mix)." 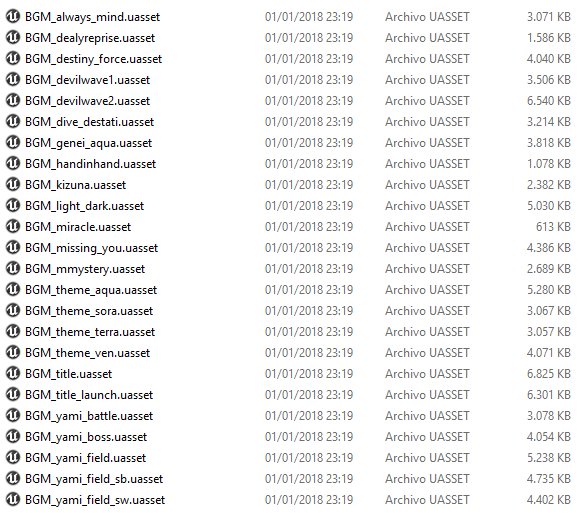 The list comprises the following tracks, which can be heard throughout the game:

*This could be referring to the track "Destiny's Union" that plays when Terra is talking to Aqua.

**This could be referring to the track "The Key" that plays when King Mickey finds the Kingdom Key D and when he is ready to seal the door to Kingdom Hearts.

***This could be the brief music that plays when the player starts a new game.

13th Vessel commented that he was not able to view the soundtrack from Kingdom Hearts χ Back Cover as it is a movie, not a game.

UPDATE [Jan 5, 2018]: We had another chance to speak to 13th Vessel about the NPC folders and the textures (with no models) found in them, and he explained to us, in detail, that some of the characters' models are found in folders whose names are identifiable with the code of the area those characters are seen during the game.

For instance, the untextured models for Yen Sid, Riku, Riku's and Mickey's suitcases, Kairi, Sora, Donald, and Goofy were found in folders with the code "yc" - for Yen Sid's Castle. Similarly, the models for Aqua and Terranort were found in Dark World ("dw") folders; and the models for Luxu and the box he carries, as seen in the Keyblade Graveyard, were appropriately found in a Daybreak Town ("db") folder.

UPDATE [Jan 6, 2018]: Keytotruth has uploaded an image of the model of the Gummi Ship found in the files of Kingdom Hearts 0.2 Birth By Sleep -A fragmentary passage-.

You can see the picture below. Note that the colors were added to the render. 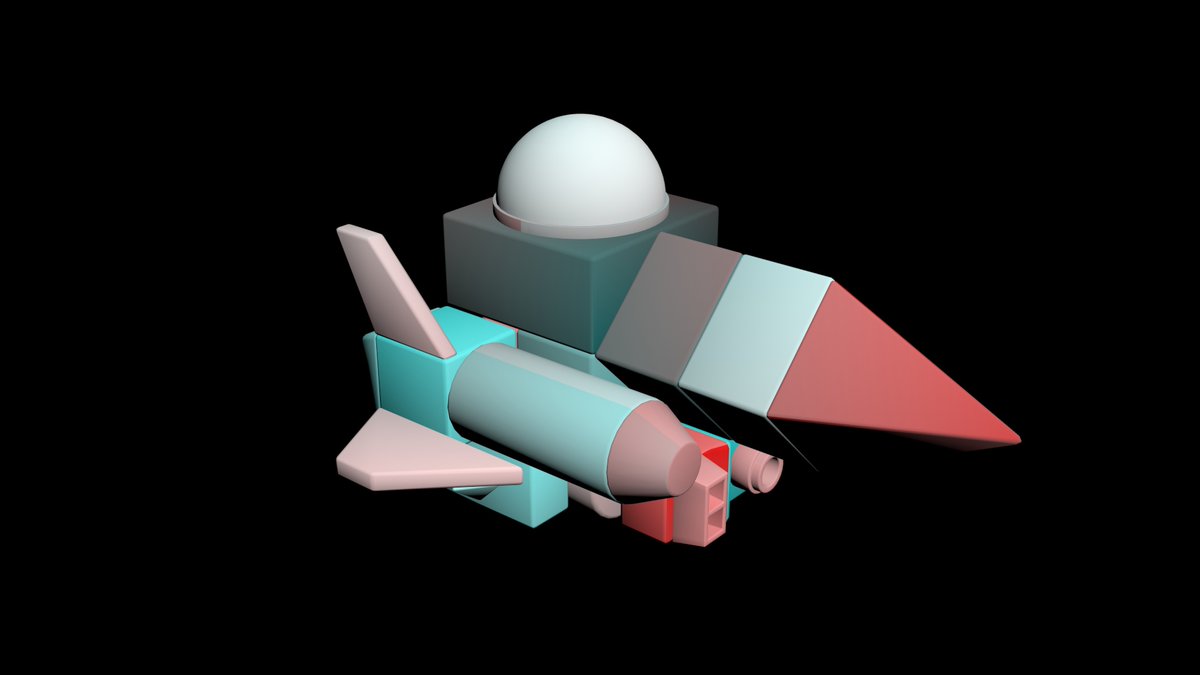 Back in October, 13th Vessel uploaded a couple of videos on the Destiny Islands area in Kingdom Hearts 0.2 Birth by Sleep -A fragmentary passage- using hacks and mods. You can check out more about that in the article here. What do you guys think about these assets? What else do you think we will find? Let us know in the comments below.