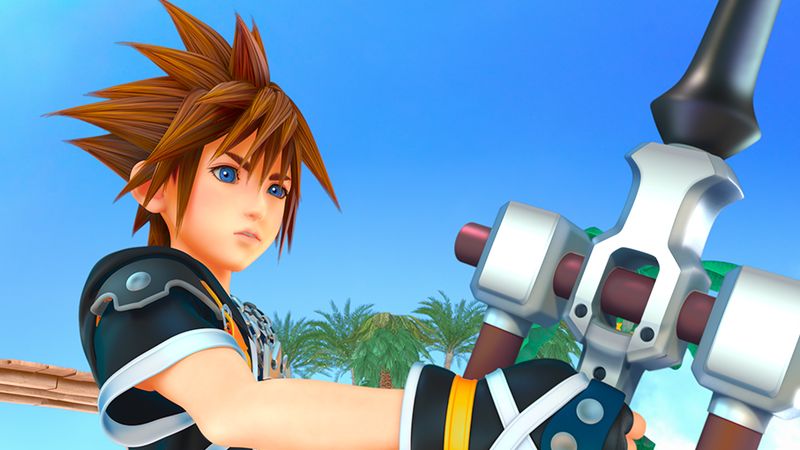 As revealed by Jonathon Thornbush today in an IGN article, Tetsuya Nomura states that dark things are in store for the heroes in Kingdom Hearts III.

Nomura talked about the story's progress in an interview for IGN at E3, offering this comment in regards to whether this new entry would be the end of Sora's story.

"I do consider Kingdom Hearts to be Sora's story. But if I go into any more details, I think I'll be spoiling the game for everyone, so I just want to leave it at that," Nomura said.

The article continues, mentioning the other various games in the series. With the theme of the latest game being, "resolution," according to Nomura, it looks like the fans of the series will be able to look forward to an ending that's full of surprises.

"There are going to be a lot of shocking scenes, especially toward the end of the game," [Nomura] said. "So I think you would definitely need to brace yourselves for them."

Many are hoping that, when it comes to the main characters, such as Sora, Riku, and Kairi, that their stories reach a satisfying conclusion. Nomura had this to say about the nature of friendships and how he wants to replicate the reality of those dynamics in Kingdom Hearts III.

"Kingdom Hearts is not too realistic, but I do want my players to grasp a sense of reality from it as well," Nomura said. "For example, I'm sure you had friends when you were young, a good group of friends, but as you grow older things change and it doesn't always stay the same. I think all I can say is please play to the very end and see what happens. But I think Kingdom Hearts 3 does depict how each character feels about each other in this new story line."

What do you think this means for the ending of Kingdom Hearts III? Let us know in the comments below!