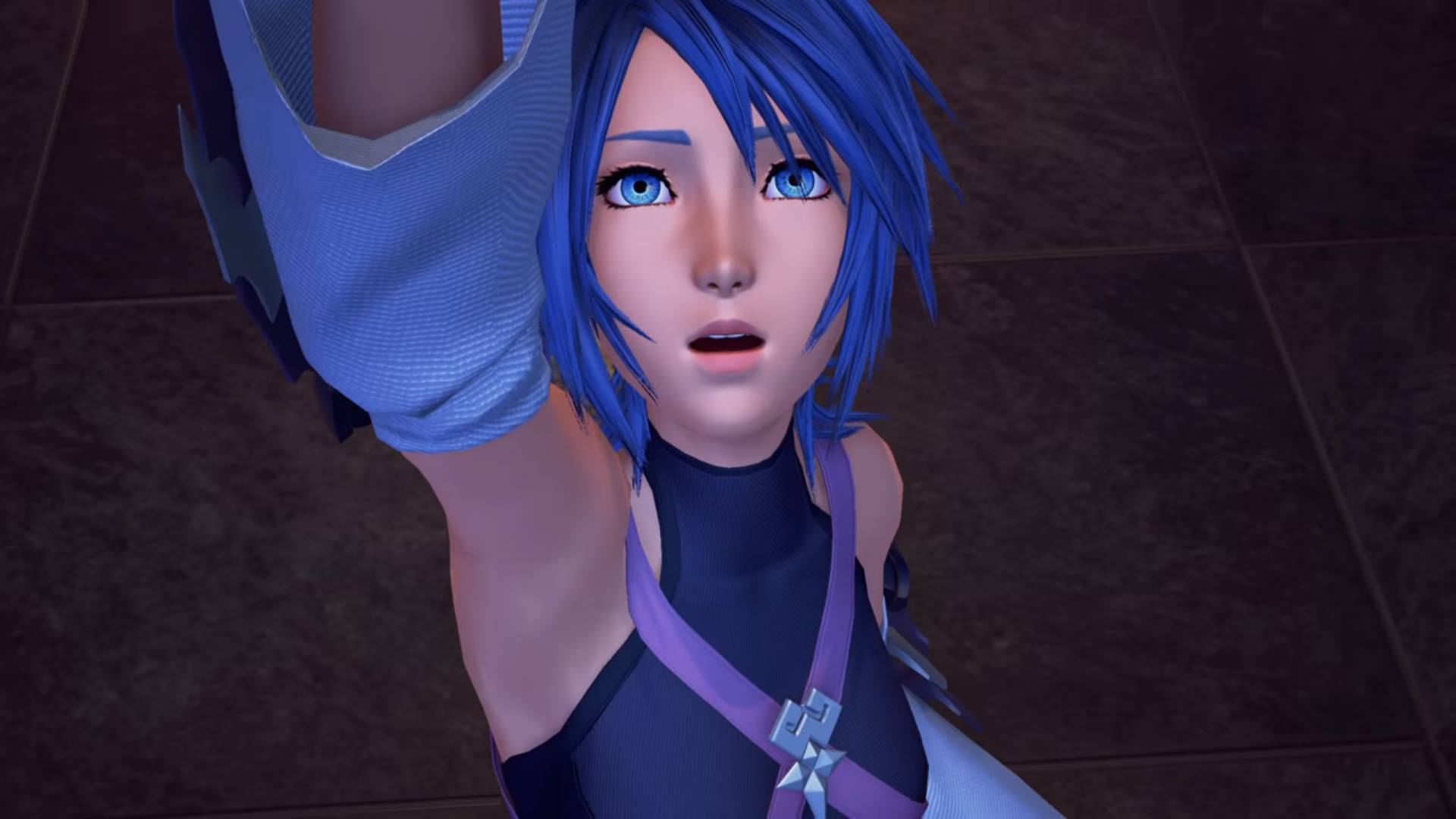 On June 7th, the official Japanese Twitter account for Kingdom Hearts notified fans that a new E3 2016 trailer for Kingdom Hearts HD 2.8 Final Chapter Prologue would release on June 8th at 21:00 JST (5:00am PDT, 8:00am EST). The trailer did in fact release, and you can view it below.

The trailer confirms the return of Willa Holland as Aqua's voice, and points to the game being in the stages of having voice acting done. In fact, it features English voices for the Foretellers, Ephemera, and the mysterious figure in the Organization XIII coat. Some gameplay features are also making a comeback, including treasure chests (as pointed out by KH13 community member Keyblade master 26) emphasized in the picture below, and Aqua's characteristic Spellweaver command style. Do you think this will lead to a worldwide release of Kingdom Hearts III? Let us know in the comments!