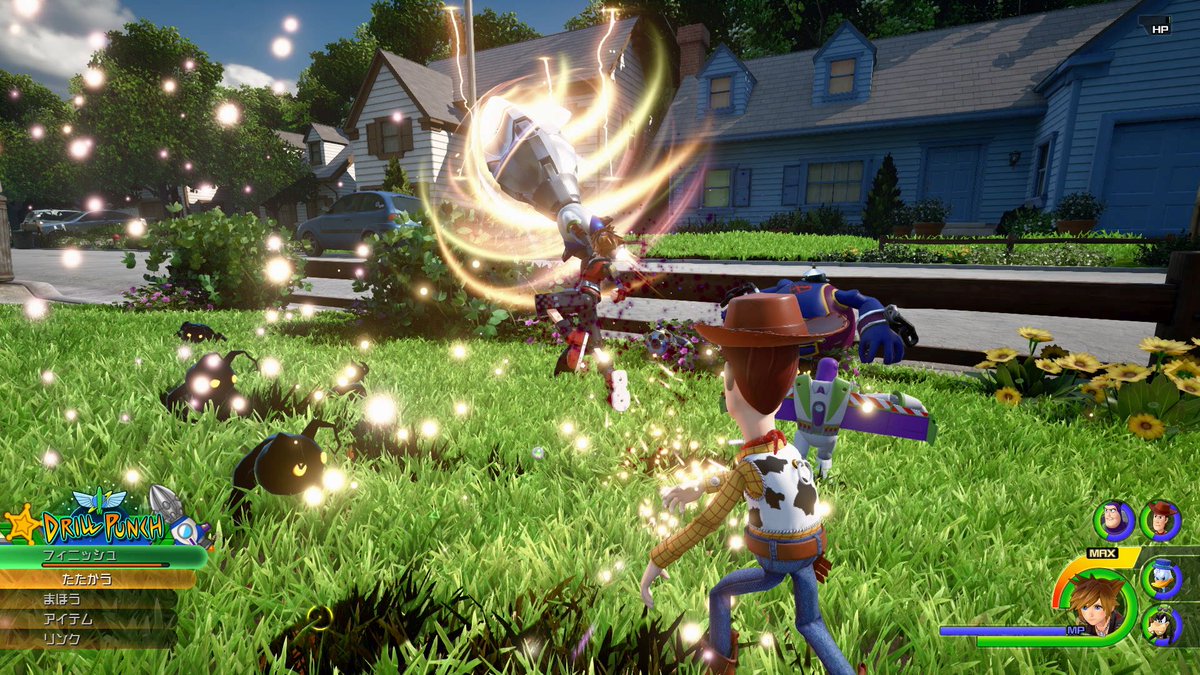 You can read the questions and answers below:

Ryan: Is there already a plan for what happens after the Xehanort Saga that concludes in Kingdom Hearts III? Are there ideas for what future mainline and non-mainline titles might consist of already??

Nomura: Of course there are different plans that are in my mind and things that I would like to work on or depict in terms of narrative, but it's not like we have anything finalised with Disney as of yet, so I'm not able to introduce it or mention it at this time, but again, I do have different ideas in my head.

Ryan: What did you think of Kingdom Hearts III being announced back in 2013? Were you consulted about the announcement and did you think it was the correct time for it to be announced?

Nomura: I understand some of the voices that are raised state that the announcement timing was a bit too early and I acknowledge that, but I do not like information going out in the form of a leak. Rather than having that leaked out unofficially, I'd rather make an official statement.

Ryan: How far in development is Kingdom Hearts III at the moment, percentage-wise?

Nomura: In terms of percentage of completion, and this is from previously as well, I tend to not describe it in terms of percentage because it's difficult to sort of say it as a straight number. But we do have a plan of development and we have said a period in which the project is being developed. Based on that, we have made our announcement for the release timing.

Of course, there are things that are out of the development team and my control which includes company decisions, the decision to change the engine that we're utilising or having personnel being shifted so that we have more resources to develop; things like that may have contributed to our development period being shifted, but that period itself we feel is still on track.

It's not like the development team had any sort of issues or troubles amongst ourselves in terms of the scheduling, but due to things out of our control that period sort of got shifted a little bit, but I feel that we are still working as planned in terms of our development period.

Ryan: With so much action going on in the game, such as Keyblade transformations, situation commands and the attraction flow rides, how have you balanced things so that nothing feels overpowered or so that players don't forget all the different things that they can do?

Nomura: So with these various different actions that are available in the game, each of them are very unique and very different if you compare the different actions that are available. For example, with the attraction flow that you brought up, you see the train and the spinning teacups and a ship was introduced. What's unique about those is that they're not part of a repretoire that you accumulate and choose from.

It will depend on what situation you're in, so depending on what enemies you're facing and what world you're in, what attraction will show up is unknown until you've actually activated it. Once you do activate it it's a very flashy move and you can attack your enemies in that way.

Ryan: What are some of your favourite Disney and Pixar movies? I'm not asking hoping for a world reveal!

Nomura: In terms of favourite movies then, I like Lion King. Something more recent would be Alice in Wonderland; it'd be kind of cool to have The White Queen appear in Kingdom Hearts.

Nomura: I can't reveal all of that information! (laughs)

Ryan: Is there a chance of more Final Fantasy characters making an appearance, or other Square Enix properties like NieR and Dragon Quest?

Nomura: Of course, we do have precedence. There have been characters that have appeared throughout the series, so I don't think it's impossible but I'm not actively seeking to incorporate existing characters, only because we have such a large roster of original characters in there already.

If there is a perfect fit, I'm sure the idea might come up, but at the same time I have to consider, is it worth allocating the resources to create the character and give it a role within Kingdom Hearts? Would it merit the effort that's put into it? We're not really actively looking for existing characters.

Ryan: Are there going to be more secret bosses? Will Sephiroth return?

Nomura: Even though you fought him twice? (laughs)

Ryan: My mum managed to beat him! She plays the games and she beat him!

Ryan: She is! My friends were always impressed by her Kingdom Hearts skills.

Nomura: I don't think I can beat him! (laughs). In terms of the secret boss, we can't say anything at this time, but in terms of Sephiroth specifically, my development team are worried that we've had him come back so many times so they're maybe worried it might be redundant at this point. We're still deliberating on it.

Ryan: Have you ever imagined there being a Kingdom Hearts CGI movie, similar to Advent Children of Kingsglaive?

Nomura: Nothing has been thought about in terms of a cinematic piece, only because it's difficult to put into a narrative that has become as complex as Kingdom Hearts. Of course, we do have a 15 year history so it has come up in discussions about doing some sort of cinematic piece, especially from Disney.

They are interested in making a CG movie of sort, but again, it's difficult to make the call on how we want to execute it and how to form it. I still haven't come to a resolution about what would be the most appropriate way in which we depict the narrative, so nothing specific has been formulated.

Ryan: So, zips and belts are prevalent in the character design. Is that just because you like the aesthetic? Does it have meaning behind it? Why does Donald's hat have zips?

Nomura: That was my preference back when I first designed the characters, so 15 years ago. At that time, people teased me about zippers and belts and whatnot and I'm the type of person if somebody eggs me on I'm gonna do it more! Nowadays, I'm not as conscious about adding them in.

I'm not the type of person that would shrink down when people tease me about it. I'm gonna fight back! I'm gonna go back at it and do it more. So, if people egg me on saying 'oh, Kingdom Hearts III is delayed' well, I might even delay it further! (laughs)

Ryan: How did Lea obtain his keyblade?

Nomura: Just out of curiosity, did you go to any of our Kingdom Hearts world orchestras?

Nomura: In terms of Lea and him obtaining the Keyblade, it's not really depicted specifically that's for sure. During the events of Dream Drop Distance it's conveyed that he is training under Merlin's care and it was just a brief mention. There will be a bit more of a mention in Kingdom Hearts III on how Lea is aiming to become a Keyblade wielder.

In the concert, you may remember one of the videos where a girl is narrating. That's actually Kairi writing a letter about her training, so Kingdom Hearts III touches upon that part of the story. Unfortunately, it's not going to be going into details about what happened in the events of Dream Drop Distance, but it will be addressed in some way in Kingdom Hearts III.

Ryan: Have you ever read any Kingdom Hearts fan fiction and did any either inspire or disturb you?

Nomura: I've not read any sort of fan fiction, but if you go on the internet of course you see images. I've seen different drawings and art that was created based on the games, but I haven't read any fan fiction unfortunately.

Ryan: Lastly, will Kingdom Hearts III be playable at any events in the near future? When can people expect to get their hands on it?

Nomura: Perhaps when we're finally able to reveal the month and date of the release.